Why Understanding Your Coverage Can Save You Money

Did you know, there are many, many people who incur a financial impact during a car accident, including you, the other drivers, the insurance companies of the involved drivers, the employers of the drivers, the responders, the towing companies, and eventually (potentially) lawyers. Some of them are covered under an auto policy and some aren’t.

Read this Story about my friend Janice Brown

Janice, Creative Director for a small entrepreneurial design firm, left for work early on September 1, 2015 in her Toyota Prius. She needed to get a head start on her day in order to get home a bit early that evening so her daughter Leah could use the car for the first night at her own part-time job.

Janice made a quick stop at the Starbucks drive-through for some coffee and a scone, which she was consuming as she drove. When someone stopped suddenly in front of her on Route 41, she also had to stop suddenly, and her coffee spilled all over her. The shock of the hot coffee took her focus off the road momentarily, and she slammed into the car in front of her.

Within about three seconds, the cars behind Janice rammed into hers at high speed. Janice’s car crumpled and she was pinned inside the vehicle, unable to get out.

The other drivers had seemingly minor injuries. Janice was worst off because she was in between two other cars. There were a lot of accusations thrown about by one of the other drivers at the scene, regarding who was at fault for the crash. Janice overhead him as he ranted to police, “I’ll sue that lady’s ass. This is my brand new car! She made me late for an important appointment. I’m going to get her to pay.”

A good Samaritan who witnessed the whole thing helped all of those involved in the crash get each other’s contact information for insurance purposes. After first responders extracted Janice from her car and got her to the hospital, Janice was relieved to find out that, although her injuries were serious, she would ultimately recover fully. However, her many broken bones would mean she could not return to work for several weeks.

As Janice lay in her hospital room, the consequences of the accident began to race through her mind. Without the car, her daughter would have a hard time getting to and from work. And Janice would be out of work for a while, unable to drive or even to walk due to her injuries. She’d be in a wheelchair for a few weeks. And what about the medical bills?

And…Janice wondered, “Was I at fault? Will I have to pay the bills for those other people’s injuries?” 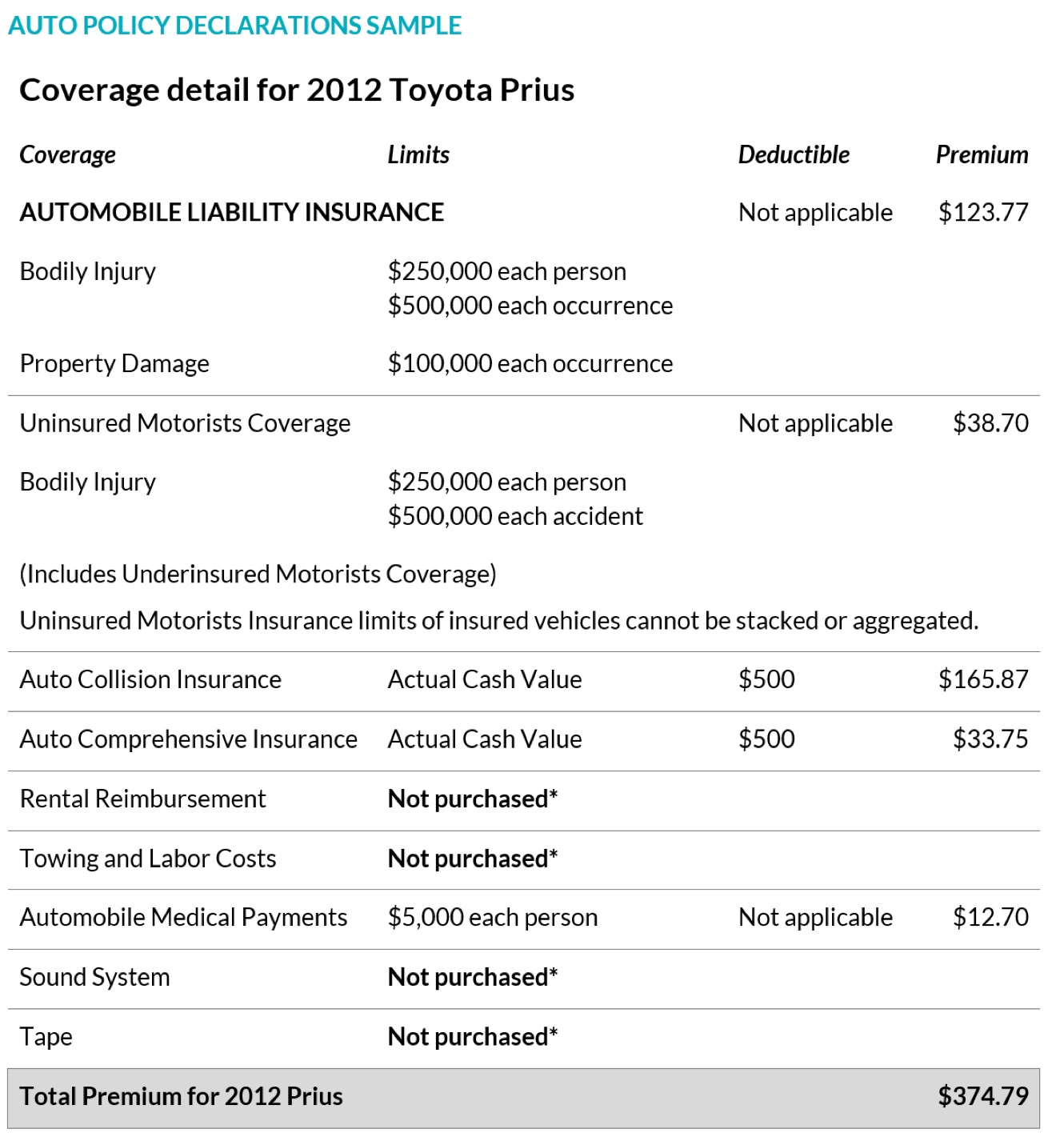 Do you see any gaps or problems with the insurance coverage that Janice purchased? It’s not a trick question. It challenges us to consider how our insurance must meet our individual needs. Here is what Janice and her husband considered.

If your car is worth less than your Collision deductible, it is not worth paying for collision coverage?

Back to Course
Next Lesson